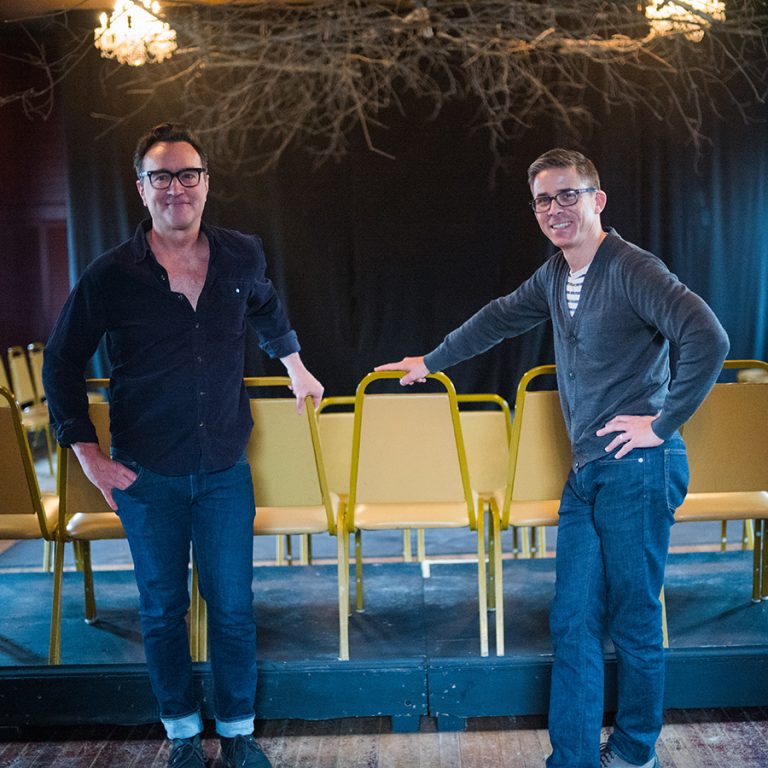 It was a leap of faith. That’s how Jeff Mousseau describes the decision he and partner Paul Ricciardi made to sell their Hudson, N.Y., home and purchase the Ancram Opera House, where they now live upstairs and run a nonprofit theater company below.

Columbia County residents since 2004, Jeff and Paul had seen a show at the venue and fallen hard for the building. “I would fantasize about it and picture events here,” Paul says.

“You only live once,” Jeff says. “We were just so clear that this would be a place where we could find and build an artistic home.”

Home has special meaning for two men who have led itinerant lives in the theater. For a decade, Jeff ran a Boston theater company with no space of its own. An actor, voice coach and acting teacher, Paul has taught and performed across New England, New York and beyond.

In the fall of 2015, they threw open the doors of the opera house to get to know their new community.

“We had over 200 people through that day,” Jeff says. “The support was amazing. People brought us gifts and signed our mailing list.”

Some of those neighbors had known the building in its earlier incarnations. Originally grange #955, part of the nation’s oldest agricultural advocacy group and a center of town life, it had changed hands half a dozen times.

Listen: A short history of the Ancram Opera House from Jeff Mousseau and Paul Ricciardi

First converted as part of an elaborate plan for a Victorian opera village, the simple but gracious structure acquired crystal chandeliers, box seats and a proscenium arch. While those items remain, the project “flamed out,” as Jeff puts it, after less than a decade.

Next, it was a music hall, then home to Leap Productions, a beloved but now-defunct theater company, and most recently, a woodworking studio-cum-basketball court.

Jeff and Paul spent their first winter securing their nonprofit status and recruiting a board of directors. That spring, they offered acting classes and put up their inaugural show in the intimate space. A storytelling event modeled on public radio’s “The Moth” followed. It has since become a staple, giving local residents the chance to share true tales that can be funny, uplifting or filled with emotion.

“It was a wing and a prayer,” Paul says of the first season. “A lot of generous artists helped us create the space. We had very little money.”

They concluded the season with a survey that revealed, among other practical matters, some patrons might never return unless the space was air-conditioned. The board soon organized a donation.

Their second season, in 2017, was even more successful. Attendance was up. Each performance—of plays, music, cabaret and solo shows—brought new faces. Word was getting out, and patrons from neighboring counties were coming to see what the excitement was all about. Since transportation options to the remote hamlet are nil, the opera house began offering an affordable round-trip bus ride from Hudson for some shows. 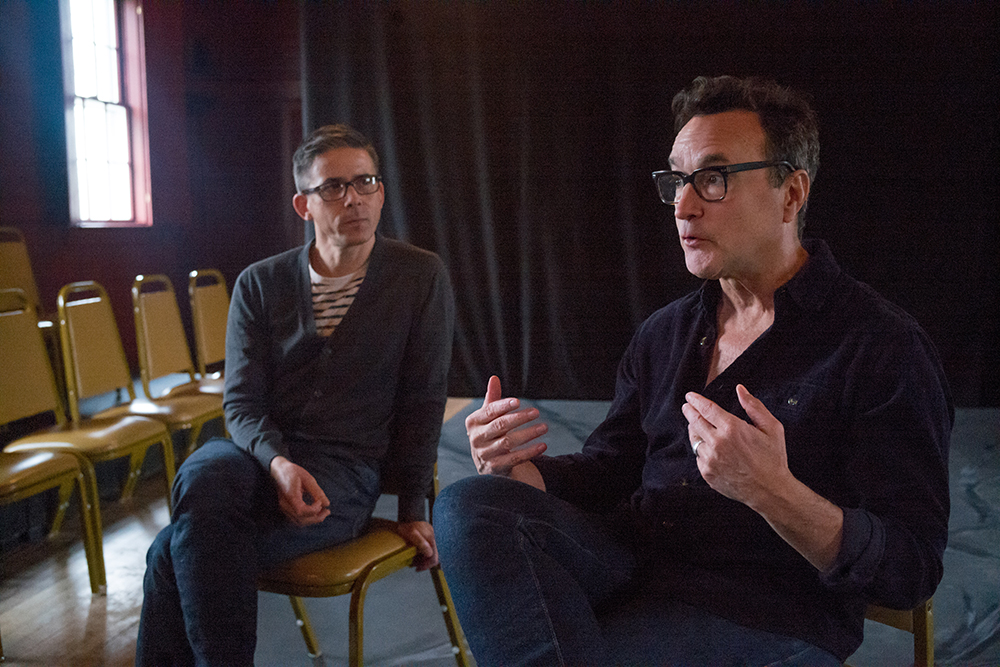 As they realize their dream project, the pair maintains day jobs. Jeff works largely from home as general manager of a consortium that advances Asian American theater. Paul spends part of each week in New York City, where he is professor of theater arts at a branch of the City University of New York.

“The creative economy in our field is very much a gig economy,” Paul says.

They should know. In a region where creatives make up a growing segment of the workforce, they are hiring on a project basis for each show, employing production artists, union actors and a sound engineer, a mix of local professionals and those from further afield.

Making a home in Ancram has also meant plunging into community life. Both men have participated in the town’s recent planning process, with working groups coming together to reimagine the town’s future.

What they are learning is that the striking landscape and architecture that drew them in coexist with an engaged population grappling with challenges common to many rural towns.

Keeping young people and families in town remains a priority. Managing growth while retaining Ancram’s essential rural character is, as Paul says, “an interesting conundrum.” On their favorite walk, half the houses they pass are dark, the properties of weekend residents. “And the other half are people who are struggling to make it,” Paul says.

The most promising lesson for the new owners of Ancram’s cultural hub may be that the town needs them as much as they needed Ancram. Their leap of faith has landed them among neighbors who are hungry for connection, and Jeff and Paul are eager to oblige.

“One of the reasons we chose to come here is that it’s who we are as artists and people: being connected to a community,” Paul says. “Theater is done in a collaborative environment. We’re living our experience as artists and bringing that experience here. And that’s what community is.”