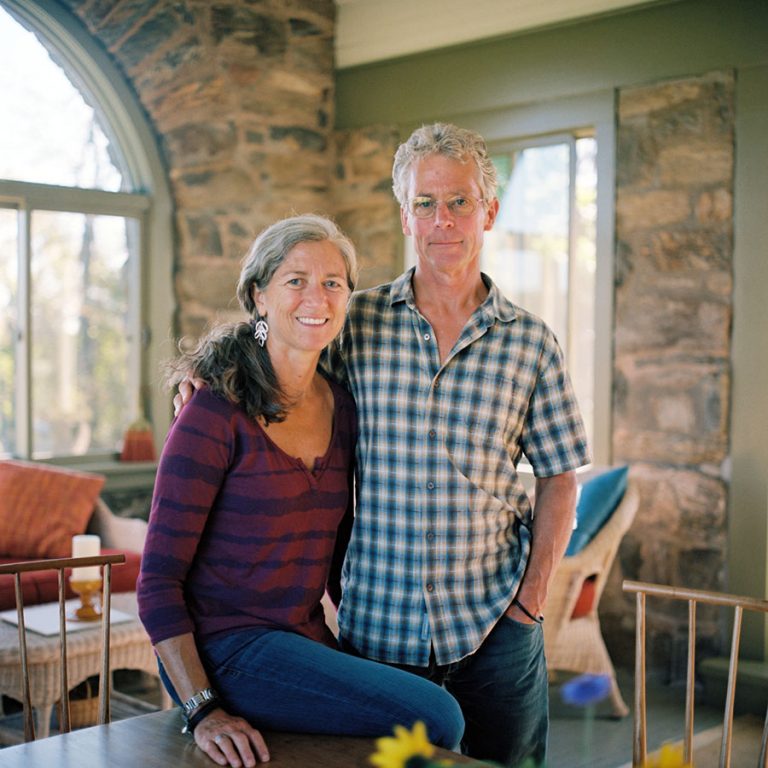 Main Street in America: it is a place and a state of mind. But what happens when it’s neither?

Tiny Windsor, Mass., a windblown Berkshire hilltown of just under 900 people, has no such center of community life. When the post office closed in 2010, the town lost its one unlikely gathering spot and site of neighborly exchange. Meanwhile, the shared interests and values of the town’s residents—the conceptual Main Street—were getting harder and harder to discern.

Enter local poet, mother of two and habitual volunteer Patty Crane and husband Tim, a sixth-generation member of the paper-manufacturing family. After several years in Sweden—where she collaborated with a Nobel Prize-winning poet on English translations of his work while he ran Crane’s international operations—they returned to their hilltop home of three decades and detected that civic engagement was on the wane. Windsor, they decided, needed to regain its sense of self.

“I started to think about how to help the community understand itself and its history in ways that brought people together,” Patty says.

Patty’s planning ultimately became a popular series of community-building events held over the last three years and organized through the nonprofit Friends of Windsor, where she is now president. Grants from Berkshire Taconic’s Central Berkshire Fund have helped at each stage.

First came the installation of a series of 24 elegant signposts marking vanished but historically significant landmarks around town. Patty then recruited a local journalist to author a series of compelling inserts on those sites for the monthly newsletter and website, while overseeing production of a stirring three-minute video about the town. Residents received a handsome, fold-out map of the landmarks at a community-wide celebration of Windsor’s rediscovered history.

Last July, Patty was the driving force behind Windsor Grown, a festival of food and music featuring products exclusively from vendors in town, from handmade baskets to cutting boards to fresh vegetables and cut flowers. A highlight was a “magical woodland trail” through the forest for which Tim contributed fanciful tree carvings. More than 300 people attended the event.

“It was a Herculean effort, but it was truly worth it,” Patty says. “When we bring people together like this to celebrate their community and place, you can see the impact. You can feel the energy.”

The same can be said for the ambitious project Tim is leading at the Berkshire Natural Resources Council. The current chair of the organization his father co-founded 50 years ago, he has challenged the organization to envision a big, transformational idea, which eventually took the form of The Berkshire High Road, a once-in-a-generation plan to connect the county through a system of hiking trails.

He has also repeated his father’s generous practice of departing many evenings for one town meeting or another, applying the experience and skills gained running a global company to local affairs. A reluctant debut on the planning board decades ago—when as a busy young executive and father Tim was written in as a candidate—led to years of dedicated service on the planning and zoning boards and, after his time abroad, a run for select board, where today he is chair.

“The capacity to give is a privilege of circumstance shared by few,” Tim says. “I feel a duty to give back, whether of time or money, simply because I can.”

Patty’s upbringing on Cape Cod helps explain her commitment to community life. Her father “always had two or three jobs,” including one with the fire department, and her mother worked for the highway department. “A big part of who they were, and still are, was helping other people out,” she says. “I always saw them stepping up. For neighbors who were down on their luck, the house was always open and the coffee always hot.”

What they get in return are stories like the one Patty tells from Windsor Grown. As the day was winding down, a father and his 9-year-old son approached her following their fourth time around the woodland trail. After a little encouragement, the boy fessed up.

“That was the best trail I’ve ever been on in my life,” he said.

“Why give of yourself?” Tim asks, hearing the story again. “So you can have moments like that.”

Such moments are becoming frequent, as neighbors feel more connected and the town regains “a sense of a center,” as Patty puts it. While the post office may never come back, Main Street is alive again in many Windsor hearts.

“Those little circles start overlapping, and then it grows,” Patty says. “It feels pretty good to make that kind of a difference.”